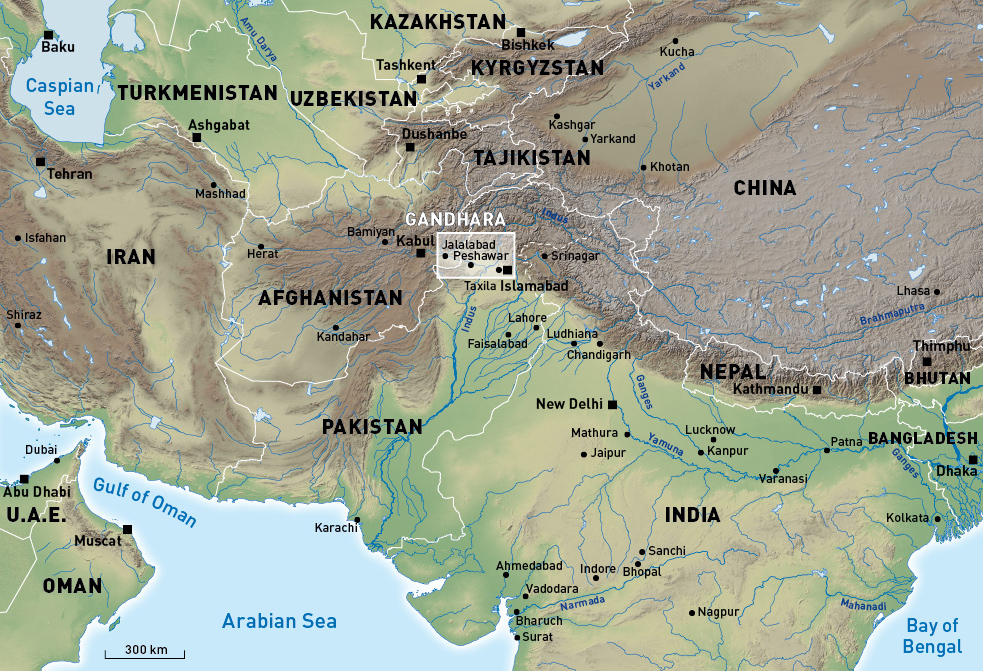 Gandhara Connections is a project of the Classical Art Research Centre. Its aim is to stimulate and support the study of ancient Gandharan art and its links to the classical world of Greece and Rome, thousands of kilometres to the west. Between 2016 and 2022 these webpages will develop into a hub with resources for understanding Gandharan art and information about our workshops and other events.

During the first few centuries AD a flourishing production of mainly Buddhist art emerged in Gandhara, an area very roughly corresponding to northern Pakistan, which was at the time part of the Kushan Empire. It is characterized especially by sculptural reliefs used to adorn Buddhist shrines. This art often drew upon and adapted Greek and Roman conventions which had developed several thousand kilometres to the west, in respect to styles, compositions, dress, mythological imagery, and the use of lifelike and expressive figures. There has been intense interest in this archaeological heritage for well over a century. International museums contain thousands of Gandharan artefacts and archaeologists in Pakistan continue to make important new discoveries. But many things about Gandharan art are still only partly understood, including its chronology, the patterns of its production, and its still puzzling links to other regions of the ancient world.

The Gandhara Connections project is a six-year initiative by the Classical Art Research Centre to pool knowledge and stimulate new insights into Gandharan art and its links to Greece and Rome. These webpages are intended to offer a variety of permanent resources for study by researchers of all kinds, from specialist academics to students and everyone else who is fascinated by Gandharan art. They will also contain information about our international workshops and other events.