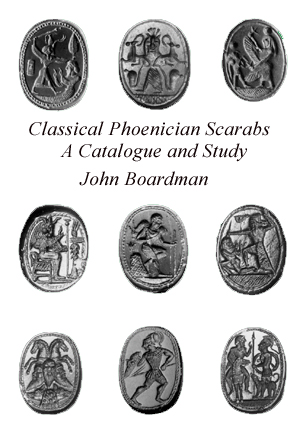 This volume presents Phoenician green jasper scarabs found in the Mediterranean world, from excavations and in collections. They were being made throughout the period of the Achaemenid Persian Empire, from the late 6th to mid-4th centuries BC, and a case is made here for their production in Phoenicia itself, rather than in the Punic west, where most have so far been found.

A full range is illustrated, with comparanda, and there is a brief study also of west Mediterranean finger rings of the same period.

Web version of the catalogue of scarabs, with extra illustrations.