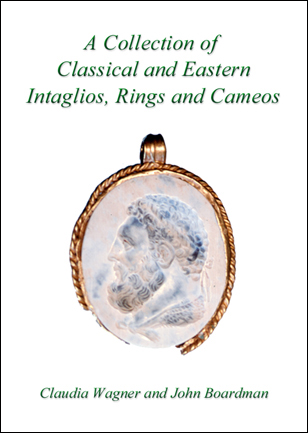 Volume I
A Collection of Classical and Eastern Intaglios, Rings and Cameos

by C. Wagner and J. Boardman

This volume publishes Classical and Eastern intaglios, rings and cameos, a selection from a private collection formed between 1921 and about 1970. Almost all are published here for the first time but they include examples from important earlier collections and several inscribed. They range from 3rd-millennium BC cylinder seals of Mesopotamia, to Neo-classical engravings of the 19th century AD, and include prime specimens also of Greek, Etruscan, Roman and Sasanian glyptic.