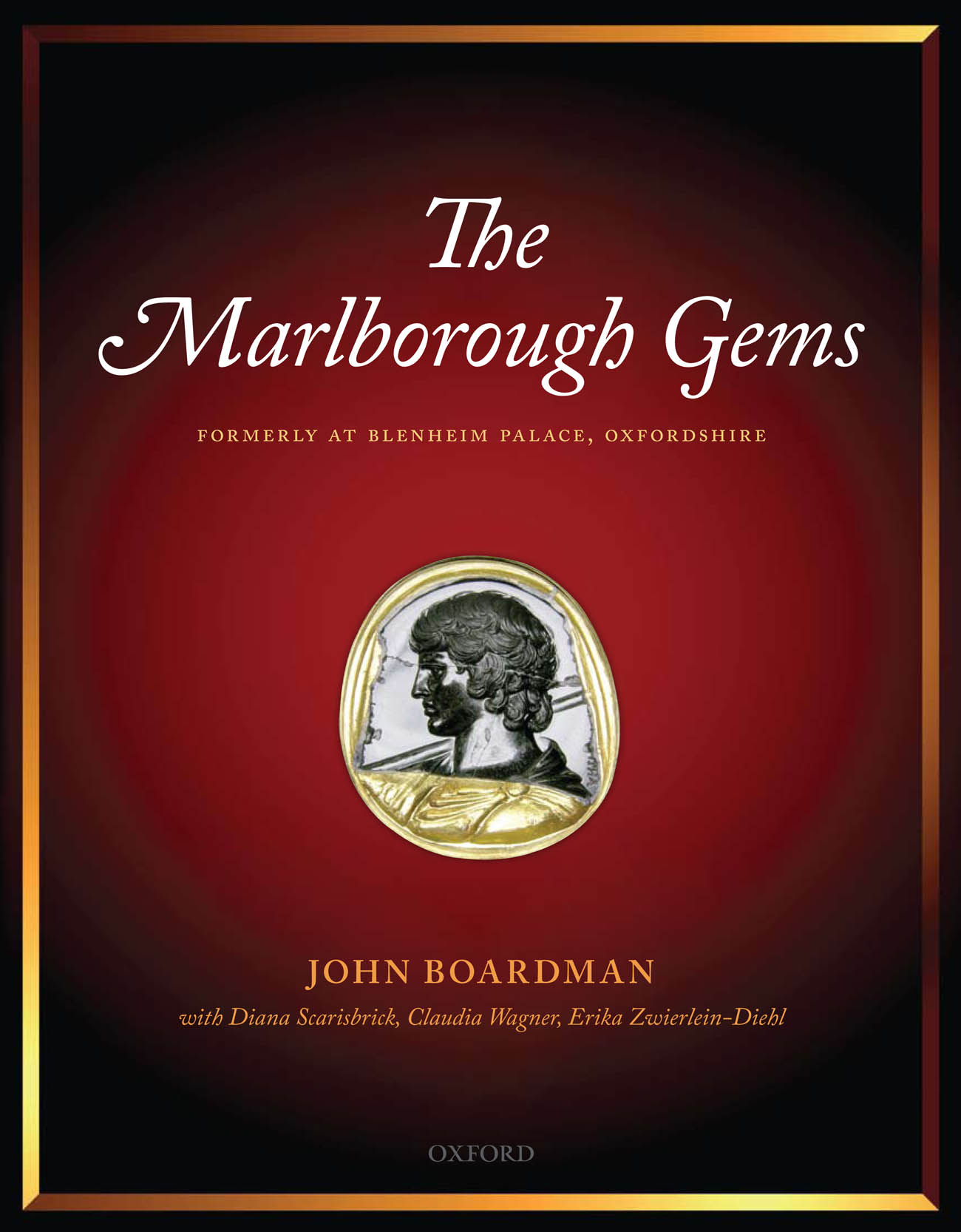 The collection of about 800 engraved gems of the Fourth Duke of Marlborough (1739-1817) at Blenheim Palace was the largest and most important of the 18th-century English collections. It comprised a Renaissance collection of the Gonzaga Dukes of Mantua, acquired by Lord Arundel in the mid-17th century; the mid-18th-century collection of Lord Bessborough; and the Duke's own acquisitions in Italy and elsewhere.

The collection was finally dispersed at sale in 1899. The present whereabouts of little over one quarter is now known, while the appearance of less than one third is known from autopsy or mainly 18th-century drawings. However, the Beazley Archive in Oxford possesses impressions and electrotype copies of virtually every Marlborough gem as well as the cataloguer's notebooks.

This publication presents in full colour all the illustrative material available, from the Archive, from drawings and from autopsy, study, and photography, of the surviving identified pieces. Each is described and discussed, and, in the accompaying text, the evidence for the Mantua collecting and the sources for the later collections are explored, with emphasis on the way the collection illustrates the history of gem-collecting in England, and the reception there of classical iconography which came to be much copied in the 18th century and later in other media.