The University of Basel has launched a new database containing a wealth of data from LIMC (Lexicon Iconographicum Mythologiae Classicae), the premier resource for the study of classical mythological images. weblimc.org gives access to textual data and many images for some 50,000 ancient objects, provided by three components of the former Foundation for the LIMC: Digital LIMC, LIMC France, and LIMC Greece.  Many of the objects covered are Greek vases in the BAPD (Beazley Archive Pottery Database). Links have been included in both databases so that users can easily find the corresponding records and images. We are delighted by the outcome of this collaboration with our colleagues in Basel.

The BAPD also includes crosslinks with another Basel project, Professor Rudolf Wachter's AVI (Attic Vase Inscriptions / Attische Vaseninschriften). For some years BAPD users have been able to search and access texts and references from an earlier, 2010, version of AVI which updated Henry Immerwahr's CAVI (Corpus of Attic Vase Inscriptions). The new AVI links in BAPD records now allow direct, easy access to the fullest and most accurate information on these vase inscriptions in the up-to-date AVI database, while its users can easily open corresponding BAPD records with one click.  In addition, the AVI links are included in weblimc.org. 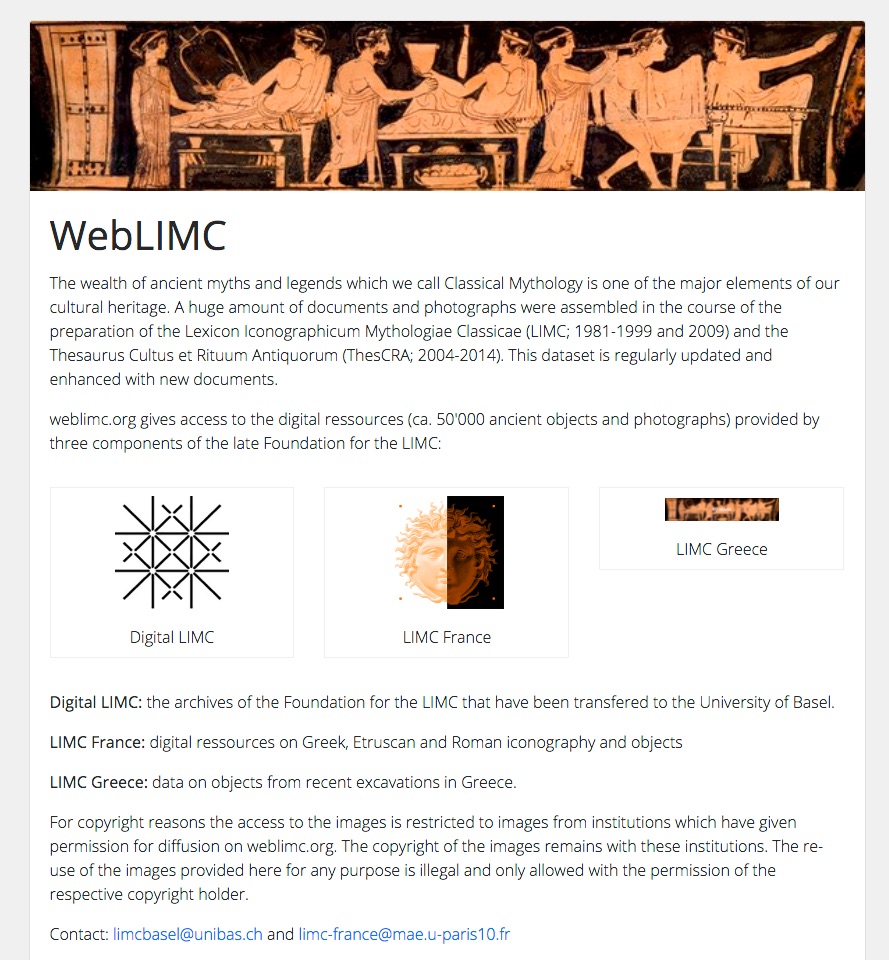